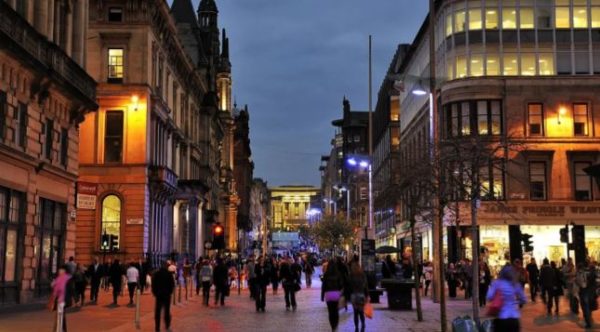 Prostitution is one of the oldest jobs in the world and has long been considered a hateful and fallen choice of employment.

But one thing is certain: prostitution exists and will continue to exist despite prohibitions and their legal status.

Some countries choose to ban the practice outright, while others have tried to regulate it and provide sex workers with health and social benefits.

Prostitution is legal in Finland, but selling and buying sex in public is illegal, as is buying or pimping a victim of trafficking.

Street work is prohibited, but clients are all accessible through the Internet and personal ads. In addition to fewer street workers, cyberspace has also contributed to a growing number of foreign sex workers operating in Finland through advertisements and massage parlors.

Prostitution is completely legal in Costa Rica. In fact, it is a general profession. The problems lie with the activities surrounding prostitution. Pimping is illegal, prostitution circles are illegal and there is also a huge problem with child prostitution and human trafficking.

Unfortunately, Costa Rica is a common transit and destination point for women and children trafficked for sexual exploitation.

See Also:  How To Make Restaurant Style Chicken Wings For Your Next Party

Prostitution has been legal in New Zealand since 2003. There are even licensed brothels that operate under public health and labor laws, meaning the workers receive social benefits just like other workers.

Prostitution is completely legal in Austria. Prostitutes must be registered, have themselves periodically examined, be 19 years or older and pay taxes.

Bangladesh has a serious minor human trafficking problem, which is perpetuated by corruption. Pimping and owning a brothel is also legal.

In Denmark, prostitution was decriminalized in 1999, partly because authorities wanted to keep an eye on the industry.

Apparently, they thought it would be easier if it was done in the open since it is always easier to monitor a legal trade than an illegal one.

However, third-party activities such as coercion, recruitment, human trafficking, and the recruitment of minors remain illegal.

Canada has no law against exchanging sex for money; it’s pimping or owning a brothel that’s the problem. It is legal to be a sex worker, but illegal to purchase sexual services.

It is also illegal to market your wares in public as a prostitute.

An estimated 400,000 prostitutes work in Germany. Prostitution brings in about six billion euros annually with a customer base of an estimated 1.2 million.

The government, of course, withholds part of this income to contribute to social benefits, and sex workers have pensions, health insurance, a normal 40-hour work week, and the opportunity to join sex worker unions. Despite state laws, every city has the right to ban prostitution in their area.

In Greece, as long as you’re over 21, registered, and a medical card holder whose card is updated every two weeks, you can do pretty much anything that doesn’t involve sex trafficking.

Brothels are legal and pimping is legal.

It is legal to work in the sex industry in Colombia, although pimping is not.

Prostitution is especially widespread in cities such as Cartagena and Barranquilla.

Spread the love There is protein and there is lean protein. But do you know the difference? Maybe you think so and just want to check you got it right or maybe this is your first time hearing about lean protein and want to learn all about it. It is a source of protein with…

Spread the love The festive season is the ideal time to try new lip colors, whether you stick with the tried-and-true bright reds or branch out with dark, gothic shades or copious amounts of glitter. Here are some trendy lipstick shades for the holiday season. 1. Classic red Everyone agrees that bright red lip color…

Spread the love Bring that holiday feeling to the table with delicious seafood dishes – from curry and biryani to pizza and calamari pickles. Delicious with a glass of wine! 1. Soup with seafood and bacon The bacon gives its smoky flavor to the seafood in this delicious soup. Tip- Sprinkle the parsley on top…

Spread the love The weight loss journey requires effort, consistency and a holistic nutritional approach to achieve great results. We all know that high calorie foods should be avoided to achieve your weight loss goals, but what about others? Certain foods that claim to promote health and swear to be low in calories, but are…